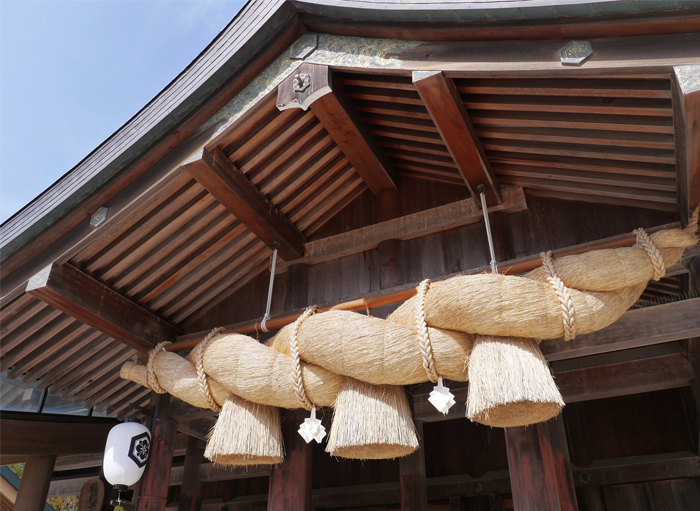 EXJ MOVIE
Google Map
Izumo Taisha is the oldest shrine in Japan, and its structures are amazing. It is believed that a god resides in Izumo Taisha. Okuninushi, the grandson of the first god who created Japan, is enshrined here. It is believed that every October, gods from every shrine in Japan gather at Izumo Taisha to govern the personal affairs of man, including births, deaths, and marriages. By praying to the god at Izumo Taisha, people hope for happiness in their lives, and consequently over 2 million people visit every year. There are statues of Okuninushi and a rabbit on its premises. The largest rope talisman (Shimenawa) in Japan, at 13m long and 4.5 tons in weight, is also famous. 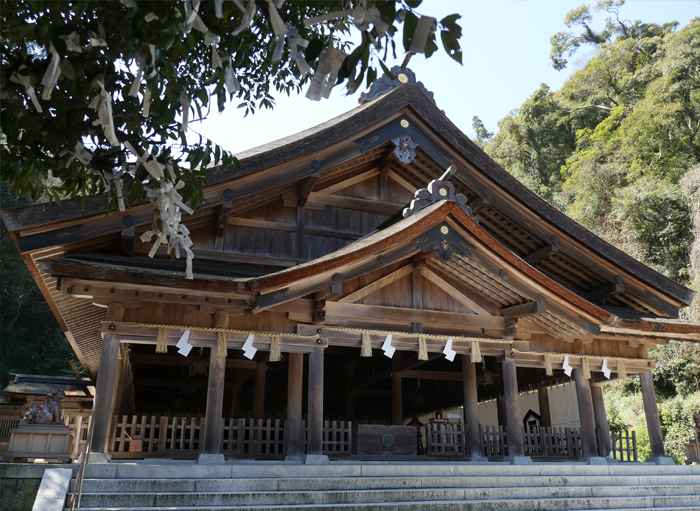 EXJ MOVIE
Google Map
Miho Shrine is located at the tip of Matsue Peninsula, where Okuninushi’s second wife and son are said to be enshrined (Okuninushi is the god who created Japan, and is enshrined in Izumo Taisha). The wife is the god of prosperity for one’s descendants and for a good harvest, and the son, Ebisu, is the god of a bountiful catch, business success, and music. The name of the shrine was most likely derived from that of the wife, Princess Mihotsu. A variety of musical instruments from not only Japan, but all over the world are offered to Ebisu, who is famous for his love of music. The 846 instruments have been designated as intangible national cultural assets. Mikomai (dance and music for the gods) can be seen at the Miho Shrine. Mikomai: Ancient court music and dance Performed every morning and evening, Miko shrine maidens shake bells while dancing to the music of flutes and drums. The mysterious ring of the bells are sure to calm the mind. Visiting Izumo Taisha and Miho Shrine is said to bring happiness. 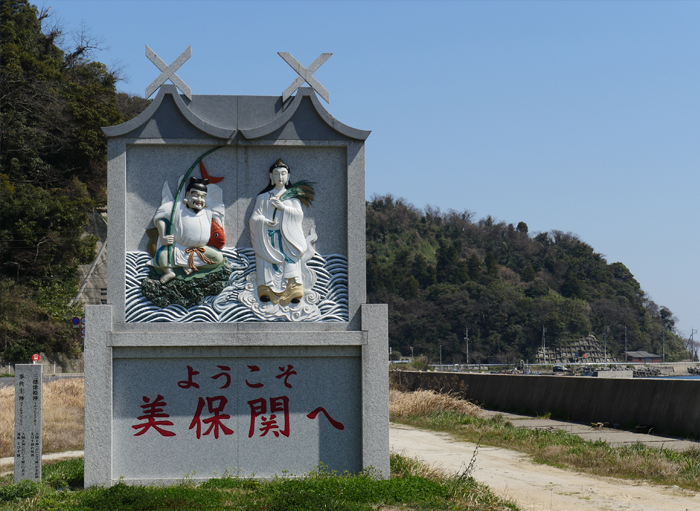 Google Map
Mihoseki, at the Eastern tip of the Shimane Peninsula, is surrounded on three sides by ocean and otherwise known as the sacred cape (closest to god). Miho Shrine, where the son of the god of the most famous Izumo Taisha, Okuninushi is enshrined, is located here. The alternate name for the god of Miho Shrine is Ebisu, and he is famous for protecting the ocean and bringing about prosperity (and a good catch). The entire city, which has lived along side god and prospered by the bounty of the ocean, is a powerful sacred place.